The 48-year-old wanted to slash her utility bill and help the environment by putting solar panels on the roof of her one-story Van Nuys home. The Los Angeles Department of Water and Power promised her system would be hooked up within three months after it was approved in September.

Lantz is one of many Angelenos who complain of excessive delays and bureaucratic run-arounds when trying to get solar panels hooked to the electric grid. The problems are exasperating consumers, and some solar companies avoid doing business in the city.

It takes L.A. at least 12 to 13 weeks to approve and inspect rooftop panels for homeowners, according to estimates provided by the DWP. That's roughly five times what it takes in San Diego and Sacramento.

"Los Angeles is almost a desert when it comes to solar," said Bernadette Del Chiaro, executive director of the California Solar Energy Industries Assn. "The city has traditionally not been friendly."

DWP acknowledges that it needs to streamline the process to reduce waiting time.

Americans are rushing to embrace solar power, especially as it has become more affordable. Many states offer tax breaks and rebates that can bring the cost of solar-panel system for a typical home down to $10,000 to $12,000. That cost has dropped about 50% since 2006.

Another big boost to the industry: Many companies install panels for virtually nothing and sell the energy generated to homeowners at cheaper rates than utilities.

A new solar project was installed every four minutes in the U.S. last year, according to data and advisory firm GTM Research. That's up from one every 79 minutes in 2006, and researchers project it could increase to one every 80 seconds in a couple of years.

California is the nation's largest market for solar because of year-round sunshine and statewide efforts to encourage green energy. The industry drives about $2.6 billion into the economy, according to the Solar Energy Industries Assn.

The state's utilities have scrambled to keep up with the explosive growth — but the DWP has been particularly hard-pressed.

In Los Angeles, someone wanting to install panels is required to enroll in the city's solar incentive program, which provides money for residents to go green. It takes 10 weeks from application to approval.

The homeowner next needs to obtain a building permit and set up an initial inspection of the home. This process takes about two days, according to the city's Building and Safety Department.

Solar companies are then allowed to begin the installation. Once completed, a DWP inspector is required to check the system and install a new meter. The DWP said this process will take two to three weeks.

All told, the process could take as long as 13 weeks to complete. That doesn't include the time it takes to actually install the panels, which can take a few days.

The main difference between the DWP and many other utilities is that they don't require applicants to enroll in an incentive program.

San Diego permits and sends an inspector within 11 days, followed by a five-day wait for approval from San Diego Gas & Electric. The Sacramento Municipal Utility District gets homeowners through its process in 10 to 14 days, and many areas under its jurisdiction issue same-day building permits.

Other regions have made a concerted effort to improve their solar process. In September, nine Northern California cities banded together to develop a standardized process that cuts the wait time for permits to days at most.

Through a practice known as net metering, for example, power companies cut energy bills for customers who generate excess electricity from their panels and sell it back to the grid. California mandates that all utilities pay their customers retail price for this power. But the DWP received an exception and can pay lower rates. Del Chiaro said the DWP also takes longer to pay out rebates.

Michael Webster, assistant director of power system planning and development at the DWP, said delays in the solar program are due in part to staff turnover. New employees are currently being trained. Once they start working, he said, the process should get faster.

But he says that the DWP is looking for ways to reduce the number of steps a homeowner must go through to get approved.

"The L.A. DWP is clearly aware we are not meeting the service level," he said. "We are doing what we can from a staffing perspective. But it's not just about staffing. We want to evaluate the process and figure out ways to streamline, possibly eliminating [steps] to make sure the process flows faster."

Webster said it is ultimately up to the DWP to figure out a way to handle the huge influx in solar applications. 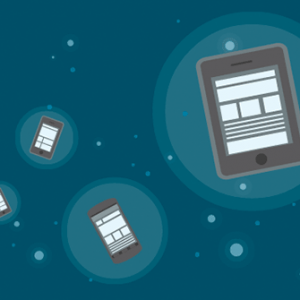