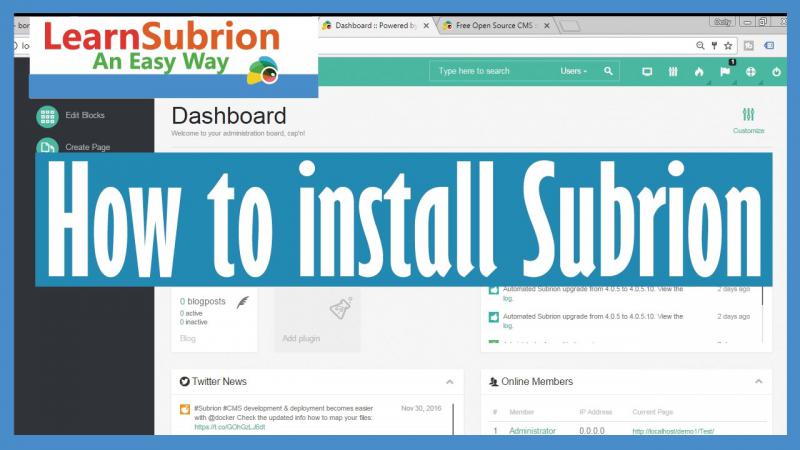 Thank you for purchasing Subrion CMS - the unique open source content management system that incorporates powerful packages of publishing, auto classified software, real estate classified, yellow pages script, and directory script. You can build your site without the need for any third party products. Subrion CMS has been built and is supported by a team of ZEND certified engineers. This is a system that can accommodate growth. Subrion CMS has reliable functionality and easy to use interface. Subrion CMS is easy to install and simple to manage. Use it as a stand-alone application or in conjunction with other applications to create entry level sites, mid-sized or large sites. You can be confident that you will be able to invest in this system and continue to grow it to any possible level. To install Subrion CMS you have to run installation file. In the example below we will use mysite.com as an example domain name. Whenever you see this name you have to substitute it with your ... Continue reading →

There is no incentive for people to submit their web sites to the web directory, unless it is SEF directory. Why is that so? Really? How one can make a SE friendly directory? What are the criteria of SE friendliness? That many questions arise when someone mentions SE friendliness. This chapter's goal is to answer these questions and to provide a comprehensive guide of directory SE friendliness. What does the SEF directory mean? The main criterion of a «Search Engine Friendly» directory is that all links in such directory are direct links and can be easily crawled by search engine spiders. It means that search engine robots scan pages and links on them can be cached and assigned a page rank. That is why such a directory is called a SEF directory. Why SE friendliness is the only incentive for people to submit their websites to a directory? It is so because SEF directories are useful in promoting websites. ... Continue reading →

National experts on admissions and financial aid said the policy was the first of its kind. Seton Hall officials said they hoped it would provide clarity and certainty up front to the most desirable applicants, easing the weeks and months of stress that admitted students face as they wait to hear how much financial aid they might get from different campuses. â€œThe primary motivation has been that as we go through what looks like a double-dip recession, we wanted to help our students,â€ Seton Hallâ€™s president, Gabriel Esteban, said of the new approach. But in addition, he said, â€œit probably will help us in attracting a certain quality of students.â€ To qualify for the discount, which would equal about two-thirds of this yearâ€™s $31,440 tuition (room, board and other fees add about $13,000 to the total annual bill), students must graduate in the top 10 percent of their high school classes and have a combined score of at least 1,200 on their math and reading SATs â€” but no less than 550 on ... Continue reading →

Los Angeles (CNN) -- For the first time in U.S. history, the largest single group of poor children in any racial or ethnic category is Hispanic, according to a new survey. Calling it "a negative milestone" in Hispanics' explosive growth in the United States, the Pew Hispanic Center study said in 2010, 37.3% of poor children in the U.S. were Hispanic, compared with 30.5% white and 26.6% black. The Pew analysis of new census data put the number of Hispanic children in poverty at 6.1 million in 2010. This negative trend has emerged as the 2010 census confirmed for the first time that Hispanics are the nation's No. 2 group, surpassing African-Americans. Hispanics now make up 16.3% of the total American population -- but in the youth demographic, Hispanic kids comprise an even bigger share -- 23.1% of U.S. children are Latino, the study said. See how Hispanics drove the growth of the white population The study found there are 6.1 million Latino children living in poverty, and more than ... Continue reading →

The most obvious improvement introduced by Subrion CMS 3, is the enhanced admin dashboard. The core version comes in a selection of 5 diffverent colours by default, making it easy to customize your experience right out of the box. Continue reading →

Sistine Chapel (Latin: Sacellum Sixtinum; Italian: Cappella Sistina) is the best-known chapel in the Apostolic Palace, the official residence of the Pope in Vatican City. It is famous for its architecture and its decoration that was frescoed throughout by Renaissance artists including Michelangelo, Sandro Botticelli, Pietro Perugino, Pinturicchio and others. Under the patronage of Pope Julius II, Michelangelo painted 1,100 m2 (12,000 sq ft) of the chapel ceiling between 1508 and 1512. He resented the commission, and believed his work only served the Pope's need for grandeur. However, today the ceiling, and especially The Last Judgement (1535â€“1541), is widely believed to be Michelangelo's crowning achievement in painting. The chapel takes its name from Pope Sixtus IV, who restored the old Cappella Magna between 1477 and 1480. During this period a team of painters that included Pietro Perugino, Sandro Botticelli and Domenico Ghirlandaio created a series of frescoed panels depicting the ... Continue reading →

The current path - which the President's irresponsible budget commits us to - will result in a debt-fueled economic crisis, the shredding of the safety net, and a diminished future. Americans deserve better than empty promises from a government going broke. The budget advanced by the House Budget Committee ensures real security through real reform. The House Budget Committee's FY2012 Budget Resolution helps spur job creation today, stops spending money the government doesn't have, and lifts the crushing burden of debt. This plan puts the budget on the path to balance and the economy on the path to prosperity. ECONOMIC GROWTH AND JOB CREATION: Fosters a better environment for private-sector job creation by lifting debt-fueled uncertainty and advancing pro-growth tax reforms. SPENDING CUTS AND CONTROLS: Stops Washington from spending money it does not have on government programs that do not work. Locks in spending cuts with spending controls. REAL SECURITY: Fulfills the mission of ... Continue reading →

How many stage names can you give to Floyd Mayweather that would best fit him. Money, Pretty Boy, how about Vicious? On the night he proved to his critics that he did not need to run to win fights, he showed the world that even at his age he can throw down against the most aggressive boxers, and thatâ€™s exactly what he did. Lot of people are too focused on the controversy in the 4th round, which there was but letâ€™s look at the rounds that we had before all that drama happened. Was Ortiz in control? No. Continue reading →

There are two major types of business models that entrepreneurs use to make money blogging. The first and most common way to turn a blog into a profit making machine is to sell advertising to different companies and brands who want to reach that blog's readers. The second kind of money making blog is one that helps a single brand improve its image by creating positive associations between the blog and the product in the mind of consumers. Both kinds of blogs can make a lot of money, especially if the creator has a keen mind for marketing.    If you are blogging with the goal of selling advertising, there are two basic ways that you can go about recruiting sponsors who want to put ads on your site; you can let someone else do all of the legwork, or you can do the work yourself and keep all of the revenue. Within the first group, many people make money blogging by selling space through Google's AdSense program. The advantages of this program are numerous, as it requires very little ... Continue reading → 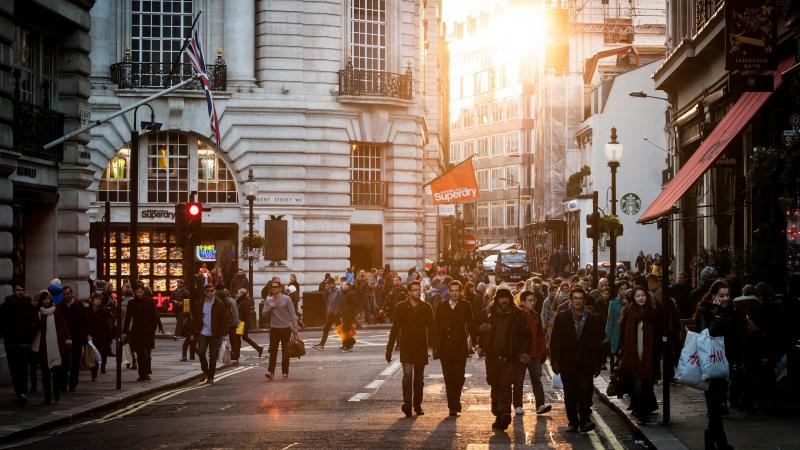 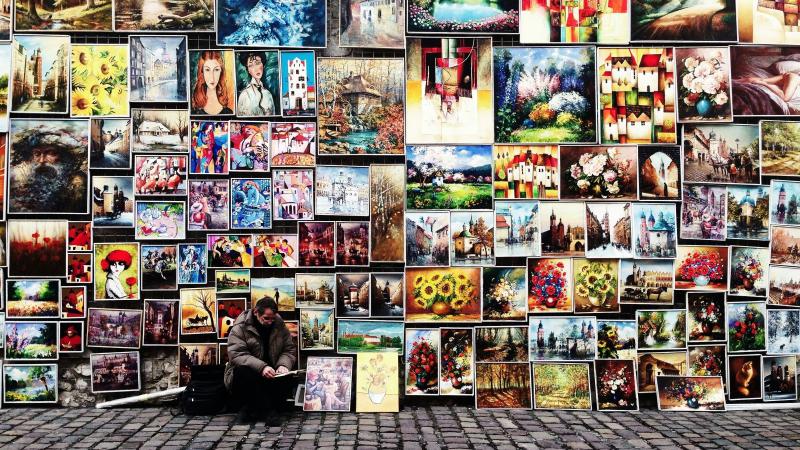